Uganda is a beautiful, landlocked country in East Africa, bordered by Lake Victoria to the south. It shares borders with Kenya, South Sudan, the DRC, Rwanda and Tanzania. Uganda is rich in natural resources including water from its many lakes and rivers in the country, mineral rich soils and some oil deposits. However, these plentiful resources are tempered by one of highest population growth rates in the world, which create a strain on resource allocation. Other significant national issues that have hampered industrial and economic growth over the last century include numerous civil wars and violence – the tyrannical reign of dictator, Idi Amin, is arguably the most devastating, and high rates of infectious disease like malaria schistosomiasis. Continuing violent altercations with the Lord’s Resistance Army to the north (South Sudan) and west (the DRC) have not been resolved. Uganda is also a very young country, with close to 70 percent of its population under the age of 25. The majority of Ugandans have been reached with the Gospel (only nine percent are unreached), but there is a need for training and equipping Ugandan Christians with the skills to deepen and strengthen their personal faith.

Edward Mubiru is a holder of a Masters’ in Business Administration Degree focusing on Organizational Leadership from Eastern University in the USA. He also has a Bachelor of Commerce (Marketing) Degree from Makerere University in Kampala, Uganda. More recently, Edward obtained a Diploma in Transforming Change – a joint program of the Swedish Institute, Stockholm Resilience Center for Social Innovation and Entrepreneurship (under University of Cape Town) as well as the Center of Complex Systems in Transition – of Stellebosch University.

Over the last ten years, Edward has served with various Christian agencies mostly as a Consultant. More recently, he served for two and a half years as the Operations Manager in consultancy capacity, at the Commission of Inquiries into Land Matters. Edward also comes to AEE-U with proven Board leadership and development experience. In the past five years he has been serving in the Board of AEE-Uganda, where he chaired the Aid and Development Committee. Over the same period, he also served as National Board Chair for the Fellowship of Christian Unions – an affiliate of the global Intervarsity Fellowship of Evangelical Students (IFES).

Edward Mubiru is married to Julia Grace Mubiru, a professional Social Worker. Together, Edward and Julia have four children namely: Esther Namubiru, Benjamin Mulwana Mubiru (who is married to Kendra Koeppen), Rebecca Suubi and Emmanuel Mubiru. Most of the family members stay in Kampala but two members (Esther and Benjamin), live and work in the USA.

Edward is a member of Deliverance Church Makerere Hill in Kampala where he also serves as a Deacon. 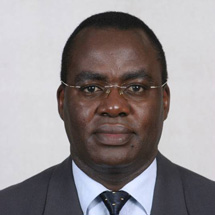 The Milne Clinic opened in 2004 and provides a range of services to Ugandans in the greater Kampala area. It is located in Kigobe, Lugala Village. The Clinic provides free support for the local community during AE’s city-wide mission outreach initiatives. Services include infant immunisations, maternity delivery, post-natal counselling, HIV testing and counselling, family planning, dental care and outreach camps. Many have also heard the Gospel proclaimed at this clinic. This largely self-sustaining project allows AE Uganda to connect with the vulnerable and the very young in an effective way.